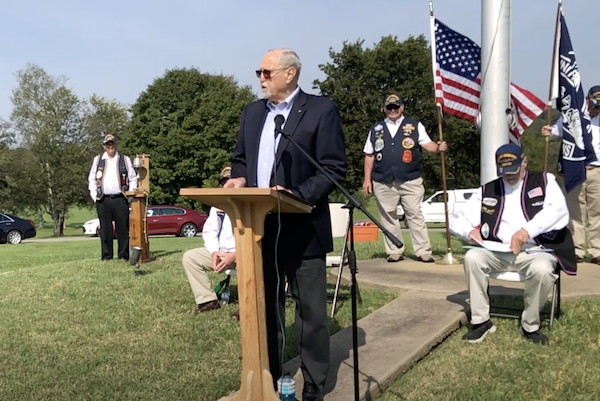 TOLLING OF THE BOATS

Every year the Tolling of the Boats Ceremony commemorates those who made the ultimate sacrifice for their country while serving aboard U.S. Navy submarines. The U.S. Submariners fo the Volunteer Base of USSVI in association with the Tennessee Submarine Memorial Association hold a tolling every October at the Middle Tennessee State Veteran’s Cemetery.

Base Commander Anderson and the Submarine Men here today.

Thank you, to my friend, Pat Ryan, for the invitation to address this distinguished group, on this august occasion, where we commemorate the men who were lost in service to the United States of America in the Submarine Service. I am honored to share a few words. 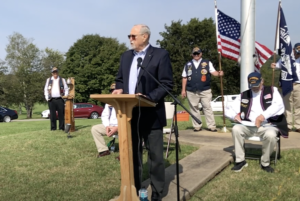 History is full of stories of small bands of gallant warriors who bravely take on the enemy, against great odds and with great consequences. Such is the history of the US Submarine Service.

Today we Toll the Boats as a way to commemorate those who made the ultimate sacrifice for their country while serving aboard U.S. Navy submarines.  In times of war, as well as times of peace, American Submariners have contributed to protecting and preserving American freedom in ways that far exceeded their numbers.

I am told that of the approximately 4,000 Americans who have been lost in submarines since 1900, when the U.S. Navy took delivery of its first submarine, about 3,630 of them were lost during World War II.

The Tolling we do today, tells us about the ships. Let me tell you something about a handful of the men, who hailed from our State, just a handful from the more than 80 Tennesseans who lost their lives in service on US submarines.

This handful of Tennesseans I want to talk about served together on USS S-44: a submarine that was already 20 years old when we went to war in 1941. Consider the courage it took to sail in such a craft, not to mention the valor of the men of USS S-44 who brought that warship into battle with the enemy.

Two days ago marked 78 years since S-44 was sunk by a Japanese destroyer off the Kurile Islands on her 5th War Patrol. Only two crewmen survived the attack and subsequent interment in Japanese POW camps.

Among the lost were five Tennesseans.

Take a moment with me to pause and consider these young men and all that they gave to defeat global fascism and protect America and our way of life.

In the darkest days of the Nazi onslaught over the skies of England, Prime Minister Winston Churchill paid tribute to the intrepid RAF airmen defending the beleaguered island, when he said, and I quote: “Never in the field of conflict was so much owed by so many to so few.” UNQUOTE.

With the advantage of time and hindsight, perhaps Sir Winton would have said, “ALMOST NEVER, …” had he known about the sacrifices and the importance of the efforts of the men of the United States Submarine Service.

We will never forget these men and it is appropriate for us today to remember their sacrifice, their courage and their steadfast loyalty to duty, to honor and to country.  I salute them.

And, gentlemen, I salute you. 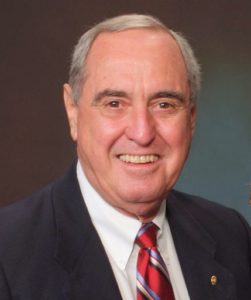 Now I have the distinct honor to introduce Ambassador Charles Bowers, who is joining us today to deliver remarks on our commemoration.

Ambassador Bowers is retired from the United States Foreign Service. His career in American diplomacy was highlighted by his service as the Ambassador to Bolivia from 1991 to 1994.

During that time, the American Embassy in Bolivia’s capital, La Paz, was the largest and most complex U.S. embassy in South America as much of America’s attention in the region was focused on fighting a violent drug war.

Ambassador Bowers was born in Missouri and raised in the San Francisco Bay area. He entered the United States Army in 1961 and served in signals intelligence based in Berlin during the darkest days of the Cold War against the Soviet Union.

He went on to study international relations at the University of California, Berkeley. Upon completing his Masters Degree, he entered the U. S. Foreign Service.

Ambassador Bowers served in the American Embassies in Panama, Poland, Singapore, Germany and Bolivia. He traveled to over 75 counties on negotiating, fact-finding and trouble-shooting missions.  Ambassador Bowers retired from the Foreign Service in 1995.

Ambassador Bowers’ career has given him the insights and perspectives on the importance of U.S. leadership in the world including the power of diplomacy and the power of military readiness to maintain peace and security. Along the way he became a student and fan of the United States Submarine Service – through popular culture, historical reading and going so far as to spend a night sleeping aboard the retired USS Blueback in Portland, Oregon.

It is my honor to introduce our guest speaker, Ambassador Charles Bowers, U.S. Foreign Service (Retired).